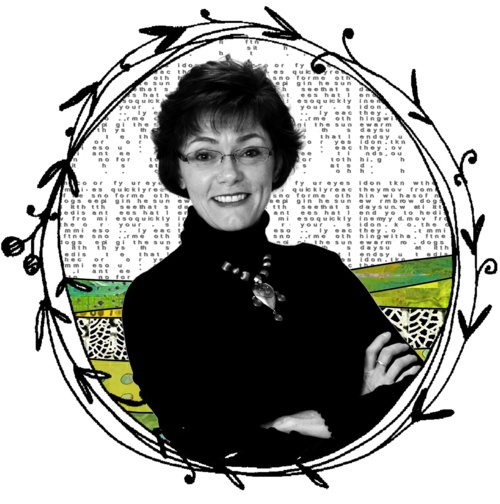 I started my professional design career in 1985 and spent the next 18 years designing interiors & in particular, kitchens. I loved my work completely. Every kitchen was my new kitchen, every home - my personal remodeling project. I did exactly what I'd do if I were designing my own place and my clients loved it. I've had dinner in many of my kitchens, seen them published in a number of magazines, one book and on the side of a really big truck.

In 1998, I walked into a local paint-your-own-pottery studio and became completely obsessed (my future ex-husband could only shake his head and lament "Crap. We're getting a kiln.") I decided I was having a place like that, only way better. It took almost four years to find the courage to leave a job I loved, but once the decision was made, I gave my six month notice (wicked big shoes to fill) and started designing a business.

In 2002, a friend (and former kitchen client) and I opened "You're Fired - Paint Your Own Pottery and Mosaics." By 2005 we owned and operated three successful studios ~ Ladies' night twice a week. Adults only. BYO wine and beer. Packs of women arriving early to stake out a table. Laughing, talking, and painting pottery. They'd come back a week later and their creations were ready - all glazed & fired and bright & shiny. Some of them had never done a creative thing in their lives. Suddenly, they were practically Picasso. It was awesome.

I remember one of our earliest Ladies' Nights. We may have been open a month. The door opened at 6 pm and a stream of women kept coming in until every table, every seat was taken. They were popping wine bottles and setting out crackers and cheese. We just stood there, watching the whole thing unfold. Then we realized that we didn't know any of them. They didn't come because they knew us. They came to paint pottery. How fricken cool was that?

As Creative Director (a title I just made up, just now) I was in charge of the visuals at YF. I designed the interiors, the in-store marketing materials, the advertising. I also painted most of the store samples. I taught myself to paint by studying the work of the designers at Droll Design and artist Laurel Burch. I'd hold classes at the center island on Ladies Night and teach people simple techniques that made them look like pro. They thought I was a Fricken Genius.

One day I stepped into a scrapbooking store and walked out with a set of foam alphabet stamps. Every letter was a different font. I made my first wedding platter and gave it to the soon to be married manager of our Bedford store, Nicole. I showed it to a few people first. They thought I was a Fricken Genius. I totally bought into it - sold my share to my business partner and started Museware Pottery.

Three months later, I rented studio space in a historic mill in Manchester, NH: Fifteen hundred square feet of exposed brick walls, ancient & scarred natural wood floors, cool, rusted pulleys mounted to the ceiling. And No Heat. I showed up with a bunch of paint, some brushes and my alphabet font. Froze my ass off that winter. 45* on a bad day. 60* on a good one. Summer was whole new hell. I was down to my underwear by 10 am and was psycho by the end of the day.

Fast forward 14 years. We have accounts nationwide and have showcases in five airports (Manchester NH, Providence RI, Hyannis MA, Harrisburg PA and New Bern NC.) People like my work & give it to the most important people in their lives. What a compliment. Nicole and I are both divorced. She's running the Museware Pottery production line. I'm the woman behind the curtain pulling levers. We've come a long way, baby.

In 2009, I signed with MHS Licensing, an art licensing agency in Minnesota. My agent, Marty Segelbaum, and his awesome team were charged with the task of finding licensing opportunities for my design work. Marty is very good at what he does. Within a week of our agreeing to work together, he introduced me to the creative minds behind a major home textile and decorative accessory manufacturer, C&F Enterprises/Gallerie II. They introduced my first Holiday & Everyday collections at the 2010 gift show in Atlanta. Look hard enough and you may still my design work on pottery, t-shirts, aprons, checks, coasters, greeting cards, home textiles and other cool stuff in stores - somewhere. 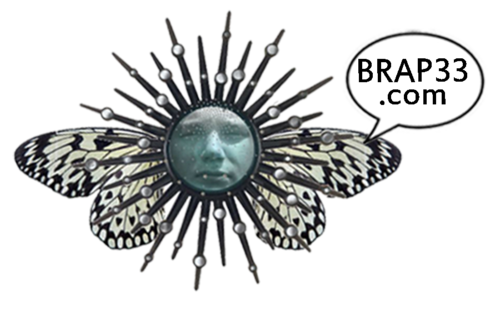 On August 20, 2012, I lost my 19 year old son, Neal, to a motorcycle street racing accident. As you can imagine, it totally kicked my ass. It also changed me in unexpected ways. The angry, snarky, OMG people are idiots me was smoothed into a kinder, softer Sheree. Enough pain can either piss you off at the whole fucking world - or cause you to fall in love it. I can't explain how I survived, but know that compassion and forgiveness, however attained, make a heart less heavy.

Nearly seven years later, I'm back from the emptiness of loss and am continually creating a new life. I'm a designing, storytelling, forever seeking creator. I am happy and am at peace with my giant, noisy, funny, intelligent non-physical son, Neal.

In September 2015, I walked the Camino de Santiago, a 500 mile pilgrimage from the south of France, across the Pyrenees mountains to the NW coast of Spain. I went alone and it took 42 days. The experience was terrifying and extraordinary and continues to inform my viewpoint today. I thought I'd write volumes when I returned. Maybe one day I will. Here's a link to a blog post I wrote just before I left. If you or someone you know is considering this trek - go, go, GO!

That's my story so far. Since I'm always in the process of designing the next Big Me, there's more to come. XO